In addition to our Bandcamp page we are now also on SoundCloud!

FINALLY we present you our official bandcamp page!

Do you wanna listen to or buy some of the „Samsara“ songs?!?

We wanna know, what YOU think – so give us some feedback, please:-)

Our debut album is also available of course!

All the best,
2nd Sight

We are more than happy to finally unleash today our new line-up!!!

After a seemingly endless search for a new guitar player to complete the ranks, fate was gracious in the end:

By the end of last year we had found not only one but two amazing new guys – and instead of deciding for only one of them we thought that the time was right for an upgrade;)

So here we are now in 2019, it`s 2nd Sight 2.0!!!
First time ever with three guitars for ULTIMATE GUITAR MAYHEM!!!!! (Imagine here an unholy “Muhahahahahaaaargh”^^)

The future looks bright: the next gig is already in sight with more to be announced in the coming weeks, the application phase for “Samsara” starts within days and…we are already working on tons of exciting new music!!!

But for now, please enjoy the nice little video (click here) we have prepared for you and let us know what you think\m/

long time no updates here on this site as we mainly communicated on facebook. Sorry for that, we promise to do better;-)

So what`s up at our camp? We have been to the sold-out TRVEHEIM Festival in late August and it was a blast. Fantastic crew, fans, bands and atmosphere. A great place to play your metal!!!

And in the last couple of months we have already been busy with the songwriting for the next album and so far, it sounds really promising, at least to us^^

Again much too long no vital signs from our side – so what`s going on in the mighty realms of 2nd Sight?

We have been very busy on various things regarding the band and rest assured, there are many great things on the horizon!!!

But for now, here`s a brief update:

We are still looking for a new guitar player to complete our ranks but hopefully soon this search will come to an end \m/
If anyone here`s is interested in shredding his ass off or knows somebody who is, don`t hesitate to contact us;-)

Regarding our new album, we are working hard on some big surprises for you, coming in the next few weeks! So keep your eyes open – it`s definitely worth the wait!!!

Recently Rü has hit the studio and recorded some vocals for something that remains a little secret for the moment;)

What else? Well…most of the songwriting for the next album is already done and we hope to get the rest in shape by the end of the year! Botze really wrote some awesome new shit!!!

So stay tuned, for there is more to come in the very near future…and the future looks bright \m/ 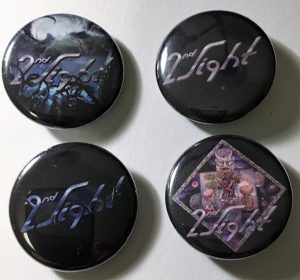 More info soon, for now you can see, that we had a lot of fun, while at least our singer tried to be serious^^ 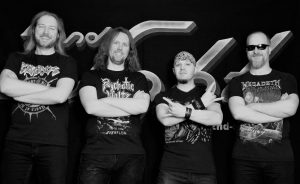 we updated the Media Section with some new and old photos – have a look and enjoy;-)

From 2nd Sight with looooove;)